Rules for both divisions:
Rally score to 21
No rotation needed (only to serve)
No open hand dinks
May set over but shoulders must be parallel to net and must be clean 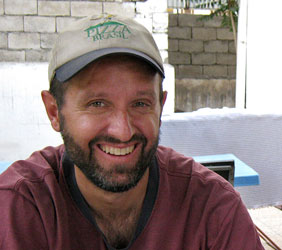 Glen played volleyball at Eastern Mennonite University and coached at LMH in the 90’s. He demonstrated love and respect with his quiet, peaceful personality and lived to serve others. In 2010 Glen made national headlines when he and nine others were killed while they were providing free medical assistance to a remote area in Afghanistan.

This tournament was created to honor Glen’s life and passion for volleyball.  All proceeds benefit the Glen D. Lapp Endowment for Student Aid, which is used to provide scholarships for immigrant/refugee students at LM.