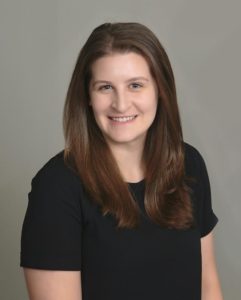 A chapel service in middle school at LM’s Kraybill Campus ignited a spark that inspired Christine Baer ’10 to work with displaced persons. Today, Baer has made a name for herself on the forefront of the Syrian refugee crisis in central Pennsylvania, and the articulate advocate for refugees has been featured in many news media, locally and nationally, speaking on their behalf as the congregational resource developer for Church World Service, Lancaster.

Baer generates, coordinates and maintains congregational and community support for refugees resettling through the Immigration and Refugee Program. She has been tirelessly educating the Lancaster community about the circumstances of the refugees and how congregations and individuals can help.

The statistics seem to come easily for Baer as she speaks to the media, church groups and anyone who will listen. “There are 805,000 people in urgent need of resettlement,” she said. “Fewer than one percent of refugees get resettled.”

Although persons from many countries need assistance, the Syrian crisis is foremost in her mind. “It is the worst humanitarian crisis of our time. We need to stand up and take action.”

Baer still remembers the chapel service in which a representative from Mennonite Central Committee spoke about the plight of refugees around the world and the need for peacebuilding. The chapel influenced her to take the school’s course in conflict resolution. “That course prompted me to pursue peace studies in college,” she related.

Baer went on to obtain a B.A. in Peace Studies and Conflict Resolution from Eastern Mennonite University, where she was the 2014 Intercollegiate Peace Fellowship Conference Co-coordinator. She was also involved with student government, residence life and Earthkeepers, and was awarded EMU’s Cords of Distinction in recognition of her outstanding contributions to the university, community and society.

Baer has continued to be active in LM affairs. She served on the Alumni Board and, most recently, on the Superintendent Search Committee.