Lancaster Mennonite School recently honored three of its alumni as the 2014 Alumni of the Year for their work at furthering God’s kingdom in the community and living out Lancaster Mennonite’s mission. Ty Bair and Mike and Lynette Eby were recognized during the school’s annual dinner theater in April, sharing of their personal experiences at LMS and the impact the school had on their lives. 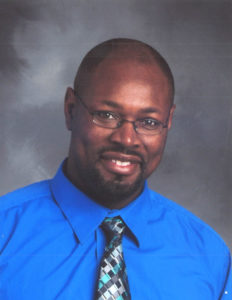 Bair, a 1995 graduate, has received several awards for his work in the community as a teacher and mentor. As a social studies teacher with the School District of Lancaster, he has been named the Wal-Mart regional Teacher of the Year and the Coca-Cola and Dell Teacher of the year.

In 2013, he won the Essence of Humanity award for his work with Exit Lancaster, an educational mentorship program he began with his friend and colleague Shayne Meadows. The award recognizes individuals who go beyond the requirement of their work to demonstrate remarkable human qualities, a spirit of caring and provide inspiration to others.

Bair said the goal of Exit Lancaster is to help kids create life plans through education.

“We feel like that’s the avenue that’s going to change their circumstances,” Bair said.

The program is not a Christian organization, but Bair and Meadows are both strong believers and try to show Christ’s love through what they do by truly investing in the students they work with.

Bair said that investment mirrors what he found at Lancaster Mennonite.

“The teachers really cared,” he said. “You weren’t just this kid that was in the class. They really cared about your future and your relationship with the Lord.”

>Bair came from a large family that didn’t have much, but he still vividly remembers how one year some teachers held a small birthday party for him with a cake.

“I never had that before,” he said. “That stuck with me with how I teach kids here.”

Bair feels Lancaster Mennonite was a huge part of God’s plan for his life of giving back to others.

“Everybody that I came in contact with out there didn’t just preach the word, they lived it,” he said.

He said he wouldn’t be able to do as much as he does in the community with out the unwavering support of his wife Carrie.

And while all of the award recognition is flattering, Bair looks at it more as another way for him to spread the message of God’s love.

“I’m a Blazer through and through, and getting an award helps to send that message out that I’m doing what I think God put me on the earth to do,” he said. “If you’re not helping others, I think you’re just wasting time.” 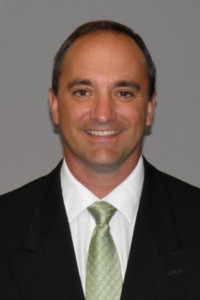 Eby, a 1990 graduate, was born with dairy farming in his blood. He now owns and operates his family’s 7th generation dairy farm in Gordonville where he works with 52 pure-bred Holsteins. His wife Lynette runs the 40-year-old bed and breakfast in the family’s large farmhouse and his four children are all enrolled at his alma mater. But the future wasn’t always so clear.

When an arsonist set the family barn on fire, Lynette said she was worried her husband wouldn’t know what to do next. But the tragedy had an opposite effect.

“It strengthened his faith in an immense amount to take what we have and move on,” she said.

After trying out some different jobs, the Ebys got back into dairy farming and Mike picked up a full-time job with Christian radio station WDAC as a sales representative specializing in ag business.

About three years ago, Mike was approached to help create the National Dairy Producers Organization, which works to improve small dairy farms United States. He then helped form and is the president of the Family Dairy Farms LLC, which is preparing to start bottling its high-quality milk for sale at Shady Maple.

“It’s one of those things that he never had a vision of what his life would look like, but always looked for future reference,” Lynette said of her husband. “He’s always seen the big picture.” 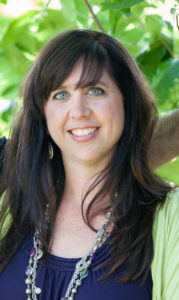 In addition to helping Mike on the farm and running the bed and breakfast, Lynette, a 1991 graduate, also volunteers her time as a teachers’ aide for PreK at the Locust Grove Campus. She said it’s just a small way that she can invest back in the school that has been such a big part of their family.

“The school has given us financial aid for all these years,” she said. “We value the Christian education that we went through and we fell it’s valuable to make sacrifices for our children.”

She said the support system and balance LMS provides is just as strong now as it was when they were students. Neither she nor Mike went on to college after LMS, but said their time in high school taught them many life values beyond just education.

“We felt free to be who we were at that time and we had a set of life skills that I think we took from the school as we entered into the workforce,” she said.

Lynette said it’s hard to realize how much their lives have come full circle.The relationships they developed as students have turned into lifelong friendships.

The music program that was also a big part of Mike and Lynette’s experience at LMS is now proving to be the same type of outlet for their children.

“Those things are really great for educating the whole child,” Lynette said. “There is just an interest in the whole person and who you were and your relationships.”