Anti-Racism Resources for Kids and Parents 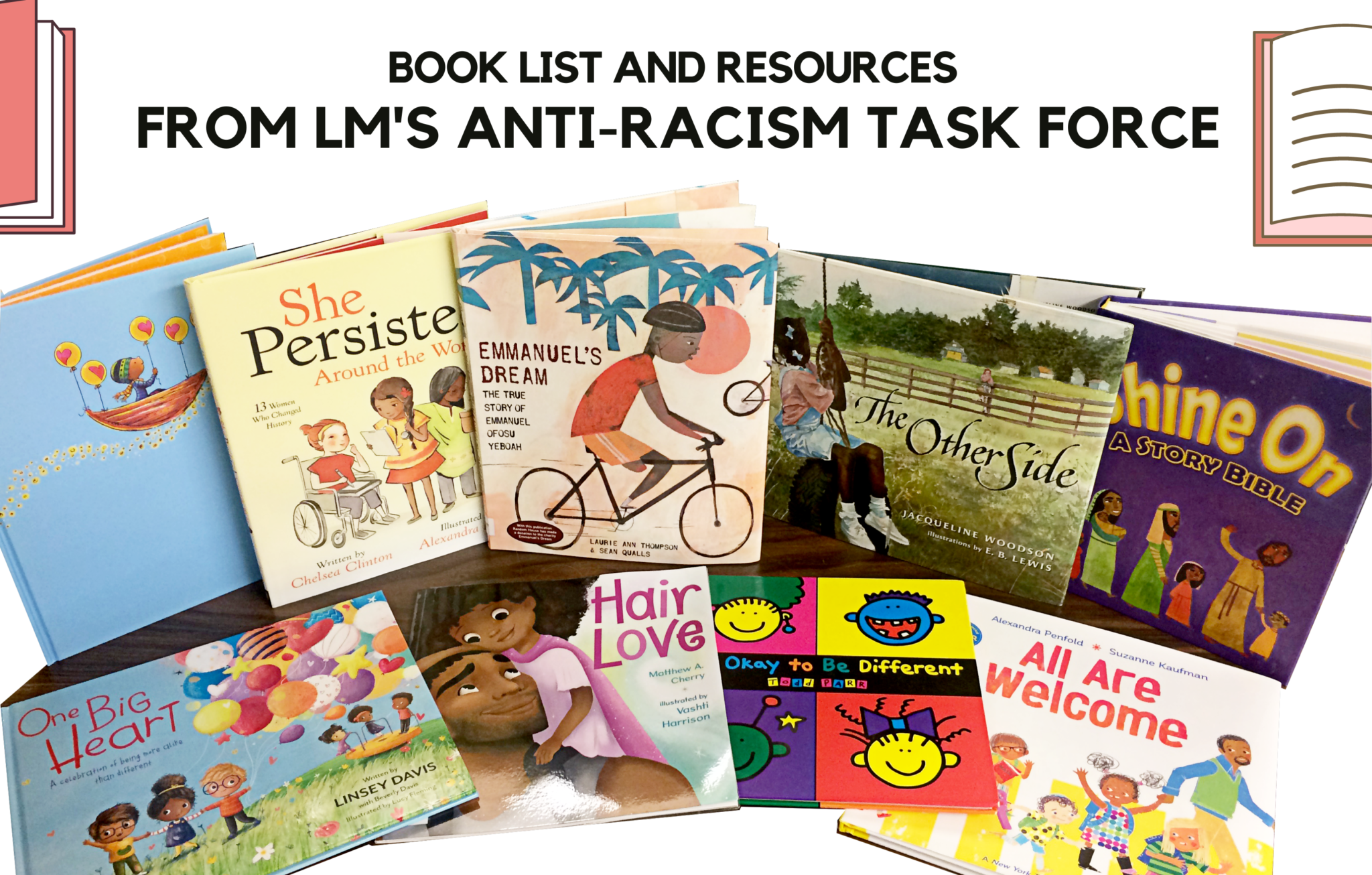 Update:
This optional resource page for parents was posted in July 2020 as a response to the events surrounding the death of George Floyd and the protests that were gripping our country. At that time, Lancaster Mennonite desired to show compassion to those who were hurting and to reflect our commitment to our faith practice statements (particularly #3, #4, and #5). We also chose to reflect the message of the greater Mennonite church, who has identified undoing racism as one of the core components of peacebuilding.
We recognized that at that time many families were struggling with how to discuss these sensitive issues with their children. This list was intended as a varied resource for parents. We value the input that parents have in choosing resources for their own children. We believe that parents are partners in faith formation and should be empowered to have conversations with their children regarding difficult topics of faith and current events, as families represent a variety of beliefs and positions on sensitive topics. This is not a list for school use, library inclusion, nor required reading of the curriculum of LM. Rather we intended for these resources to be seen as options for parents, if they choose.

Anti-Racism Resources for Kids and Parents:

As followers of Jesus, our school values and is committed to anti-racism. Cultivating anti-racist attitudes and practices starts at home, and we are glad to partner with you in this important work. Here are a few resources you may want to dive into this summer:

This is a list of children’s books centered around topics of race and antiracist activism or featuring Black and Indigenous People and People of Color (BIPOC). The list was compiled with insight and recommendations from various resources including the platforms of prominent BIPOC scholars and organizations such as Teaching Tolerance, EmbraceRace, and The Conscious Kid. While exposing children to diverse literature is only one step in supporting positive racialized identity development, these books can help to build language, provide visual examples, and spark important discussions about difference and race. It is never too early to begin talking about race with children, and books can be used to both educate children about human diversity as well as build an environment in which children feel safe discussing these topics. We believe that children need to read books that provide an honest reflection of the world they live in, and that representation of diverse characters and stories in literature matters deeply and is beneficial to every child.

Resources for building an anti-racist library: