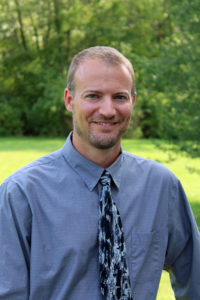 Derick Brubaker ’91 attended medical school at Penn State University, where he met his wife Jen. Derick began his medical practice as a General Practitioner in Family Medicine in Washington with his wife who is a Pediatrician. After spending six years in Washington, they moved to Cusco, Peru as missionary doctors. While there, Derick served as the administrator of a small hospital. After returning to the US, the set up their practice at the South East Health Clinic, which recently changed to Lancaster Health Center.

Derick and Jen have three daughters, Ella, Abby and Sophia. Their three daughters attend LM, one at the main campus and two at the Locust Grove Campus.