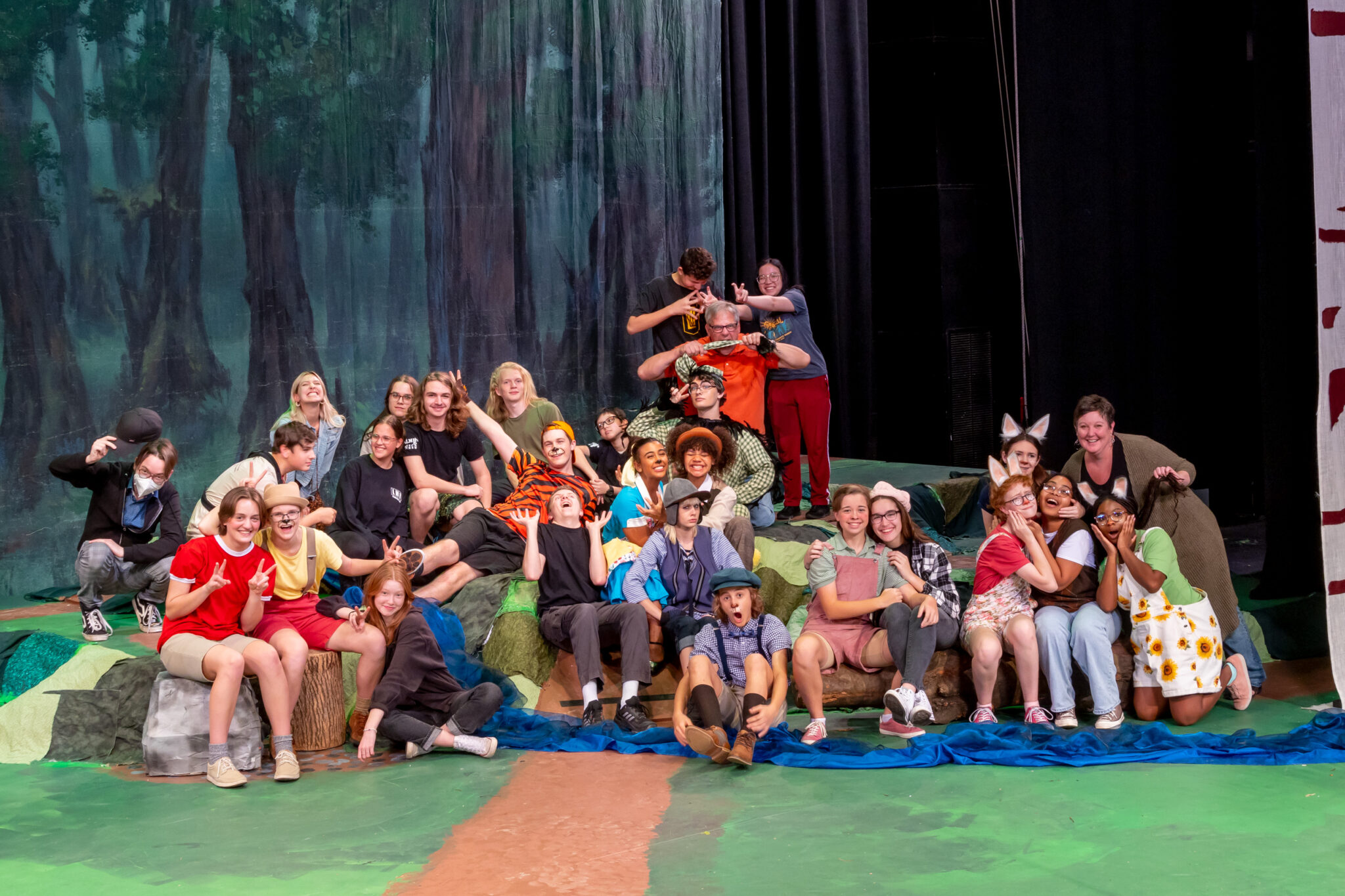 Lancaster Mennonite High School presented “The House at Pooh Corner,” as our fall play this year. The show is based on the Winnie the Pooh stories by A.A.Milne.

Summary: The entire story is told through the imagination of six year old Christopher Robin.  It is a beautiful morning in the 100 acre woods. Winnie the Pooh, Piglet, Eeyore and all their friends  are anticipating a “mergency meeting” called by Christopher Robin and his friend Backson.  When he arrives, he tells them that he is being sent away to something called education.  Terrified of the unknown, they all decide together to run away to the South Pole.  But before they can leave, they encounter a noisy, new, bouncy creature that invades their serene forest and destroys Owl’s house.  But by the end of the play, everything seems to have righted itself, as it always does in a child’s imagination.

Our student cast and crew (listed below) did a wonderful job bringing this play to life. Bravo everyone! Check out the photo gallery attached for a few highlights of their performances.