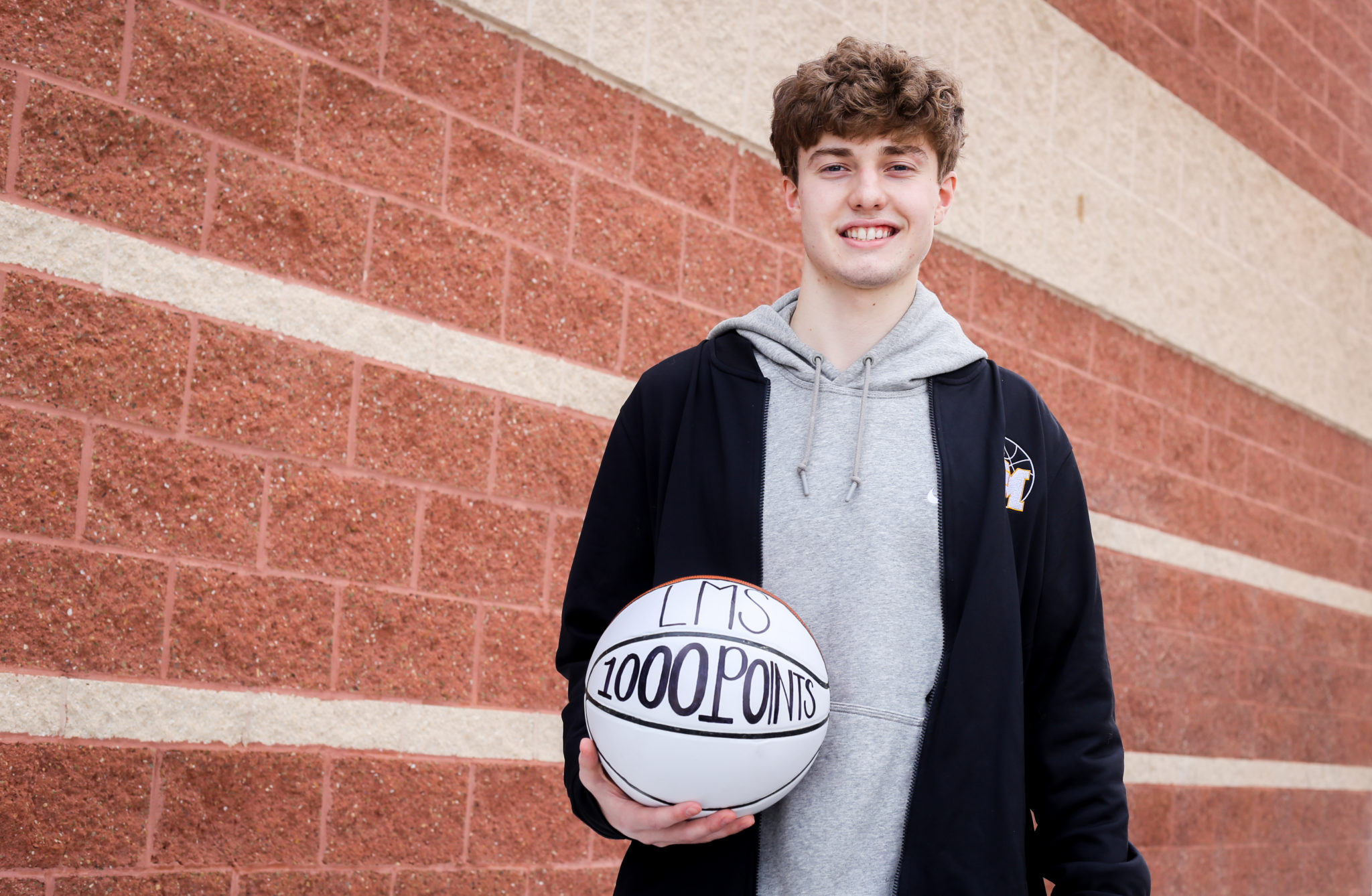 “We are super proud of Cole and the team for this big accomplishment. This is the product of a lot of hard work on Cole’s part. He has grown as a player and leader every year, and his impact on our program will last for years. “ – LM Boys Basketball Varsity Coach Seth Buckwalter

“This accomplishment means a lot to me, but i’m just glad I could experience it with this group of guys. My coaches have really been involved with me as a player and person, and they have put me in this position. I want to just thank them for everything they have done for me. My senior year has been so special because of the brotherhood of my fellow coaches and players. I am so thankful I could be part of such a special group of guys. We are now putting our focus on district playoffs, and putting together a good run. I’m so glad I’m going into it with this group.” – Cole Fisher ‘21

“Congratulations to Cole Fisher on his amazing accomplishment! God has blessed him with a gift that will take him far in his life. I wish you continued success in your career!” – Marvin Sanders, LM Athletic Director

The boys basketball team have finished the regular season with a record of 13 wins and 6 losses and are ranked second in the district going into playoffs.  Lancaster Mennonite will host the district semifinal game on Thursday March 4.