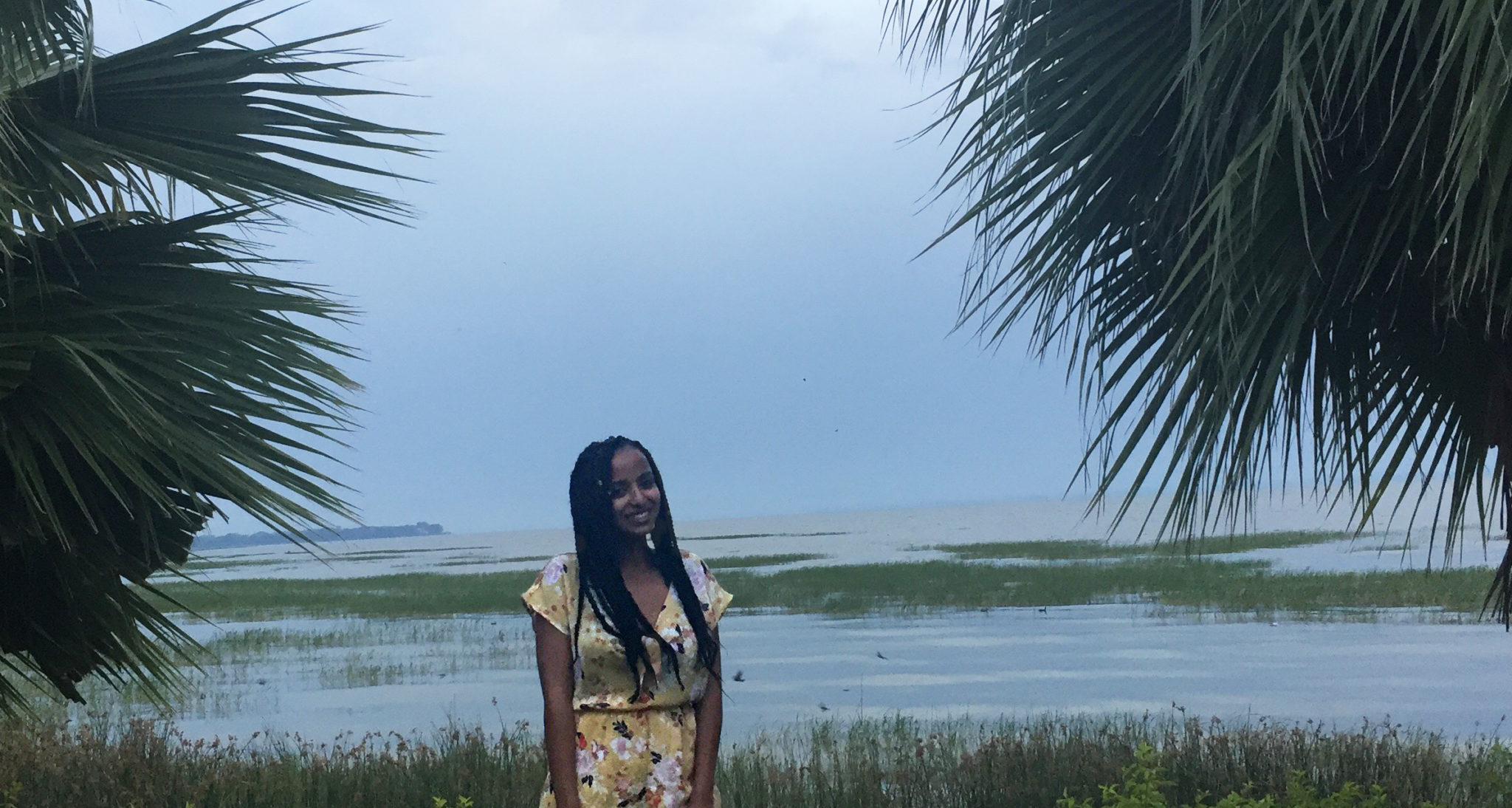 2020 Scholastic Feature: LM Junior, Eden Addisu, won a Scholastic Gold Key (Personal Essay and Memoir) this spring for her essay “Back to My Roots” which she wrote in Ms. Engle’s class. We asked her if she would be willing to share this beautiful reflection with all of us – thank you Eden!

Back To My Roots

“Ladies and gentlemen, we have arrived at our destination,” exclaimed the pilot, his voice booming over the speakers. “Where am I?” I thought as I was roused from my nap and took a look at my surroundings. A wave of excitement and anxiety crashed over me as I realized that I was on the other side of the world! My body sprang from the seat, ready to exit the plane as soon as possible. At last, I had arrived in the great nation of Ethiopia. As I stepped off the plane and stood on the ground, I dwelt in awe of the fact   that I was on the same ground my ancestors have stood on from generation after generation. Filled with a zealous desire to make this trip an exceptional experience, my body began to shake with a sense of eagerness to know what the next few weeks would hold.

Exiting the airport, I was reunited with the sweet smell of the land of my roots. My uncle, with arms wide open, was standing outside waiting for us. When my mom saw my uncle’s face, tears came to her eyes as the distance between them was suddenly narrowed from thousands of miles to a few feet. My heart was moved when I began to understand the importance of this moment for my family. During this moment, distance, time, and fear could no longer stand between us. A sudden rush of joy pervaded my being as I embraced the hugs of my uncle and my cousins.

Although my mind and heart were filled with elation, my body was extremely weary due to riding in a plane for the past eighteen hours. Once I arrived at my uncle’s house, I was looking forward to going to bed. Expecting to stay in one of the spare beds, I asked where I should sleep. My uncle then led me to a room that happened to be the master bedroom. In a shaken voice, I stated to my uncle, “There is no way I can sleep in this bed for weeks while you sleep in a small bunk bed.”

“No, trust me, the bunk bed will suit me just fine,” my uncle insisted. “Now no more protesting. You need to get to bed,” he declared as he silenced my last attempt to persuade him to let me sleep in the bunk bed.

I was amazed at his sense of hospitality. “How can he just give up his whole bedroom for four weeks?” I wondered as I lay on his bed, covering myself with fresh sheets and resting my head on the pillow.

Relaxing in bed that night, I began to reflect on my own life and wondered if I would be willing to show generosity to the extent that I was being shown. Feelings of shame and guilt encompassed me as I realized that I was not as selfless as I thought. Thinking of the times when I had guests stay at my house, I recalled how I would complain to my parents about how guests would cause me to spend more time doing chores. I never even considered giving up my bedroom for them. Now, as I was lying in my uncle’s master bedroom, I began to realize that I needed to be more hospitable and selfless. Peace filled my thoughts as I made a decision that night to endeavor towards becoming more humble.

The next few days were filled with visiting family members and friends who lived throughout the city. As I was exploring the city of Addis Ababa, I was exposed to the reality of millions of people around the world. Men and women sat on the streets, humbly begging those around them for anything that could nurture their bodies. Children, scurrying around in rags, chased people in search of acquiring a bottle of water or a coin that could be used to buy bread. Mothers, carrying their babies in their arms, looked at me with their desperate eyes filled with pain, scrounging for anything on me that could feed their hungry child.

One day when I was walking home with my cousin, I passed several young children begging for money. I gave a couple coins to the children, but once I was approached by another child, I had no more coins left. The young boy, weary and thin, lifted up his head until his eyes met mine. His lips, quivering from the cold, moved slowly as he asked me for money. I desperately yearned to give him something; but explaining to him that I could not do anything, I began to walk away. The boy, unwilling to give up this fight, ran out in front of me, blocking my path. He clung to me, his eyes pleading for me to give him anything that was in my possession. Hearing his stomach scream out in hunger, I dug my hands into my pockets, checking to make sure I had no more coins with me. Unable to look at his precious and piteous face, I walked away once again. However, the little child was not willing to be defeated. He grabbed my arm and begged me to give him just a small coin. Before I could respond, people around me noticed what was happening and began to yell at the boy. Men and women hurled insults at the helpless child and demanded that he get off of me, even threatening to hurt him if he didn’t do so. Unsure of what I should do, I forced my feet to move away and this time the little boy didn’t follow me. Nevertheless, I couldn’t stop thinking about that incident. That boy desperately needed help and I was angered at myself for failing to do whatever was in my power to help and stand up for him when the wealthy attacked him. The encounter I had with that one little boy has led me to have a vigorous desire to do whatever I can to help the poor resonate within me.

During the next few weeks I traveled to several cities and visited many family members. Although the constant routine of getting up early to visit relatives was exhausting, it all proved to be worth it. The friendships that I established that summer flourished into a sisterhood that millions of miles couldn’t demolish. My cousins and I would stay up late into the night watching movies, laughing until our stomachs hurt, or having deep conversations that have shaped me into the person I am today.

Traveling to my motherland was a beautiful experience that will never fade from my memory. Seeing underprivileged children and impoverished adults has taught me to be grateful for what I have, but use what I have been given to help the destitute. Experiencing the extreme hospitality shown by my relatives and friends has made me aspire to become someone who is willing to cheerfully serve others. Witnessing the beauty of Ethiopian culture has led me to pridefully accept who I am. Although that trip lasted for a few weeks, the lessons I embraced that summer will last for a lifetime.