Lancaster Mennonite provides artistic skills, appreciation and opportunities that nourish creativity and a deeper understanding of God and the world.

At all levels, art is integral to an LM education. Our students exercise their artistic, dramatic, and musical creativity in spaces designed to nurture and facilitate high-quality artistic expression. Lancaster Mennonite High School holds an established reputation for excellence in choral music, features an award-winning drama program and regularly has many students winning local, regional and national art awards.

The Calvin and Janet High Fine Arts Center on the Lancaster Campus physically represents our deep commitment to the role of the arts in a holistic, excellent education. The Fine Arts Center contains a state-of-the art 1,250-seat auditorium, music practice rooms and art studios. 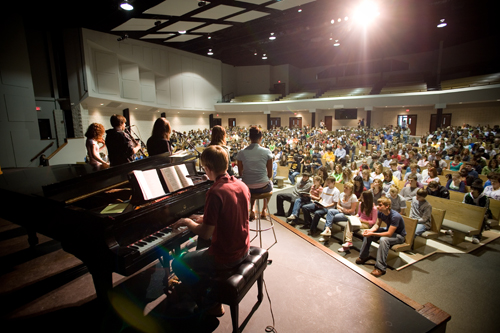 The House at Pooh Corner

On October 27-30, 2022, The Lancaster Mennonite Drama Department will be presenting their upcoming production of The House at Pooh Corner.

Christopher Robin has decided to run away with his friends Pooh, Piglet, Eeyore, Tigger and the rest. Probably they’ll go to the North Pole or to the South Pole. For there is a dark, mysterious threat that he’s to be sent away to Education. Nobody knows exactly what or where that is, and if he’s sent to such a distant place, what can his friends possibly do without him? So it’s generally agreed that they’ll run away. As the situation becomes clearer, Christopher Robin isn’t quite so sure that running away is the answer.

Save the date! LMH Spring Showcase

Congratulations to LMH’s Drama Department for an amazing production of the musical, Godspell, this winter during their four-show run February 24-27.

“Godspell” is a modern retelling of the parables and teachings of Jesus. Starting with baptism, Jesus gathers a group of followers who in turn help him to share his stories with humor, kindness and love using  “a wide variety of games, storytelling techniques and hefty doses of comic timing.” An eclectic blend of songs, ranging in style from pop to vaudeville, is employed as the story of Jesus’ life moves on and around the stage. Dissolving hauntingly into the Last Supper and the Crucifixion, Jesus’ messages of kindness and love come vibrantly to life.”

The staff congratulates the cast and crew for all their hard work and for putting on a great show! 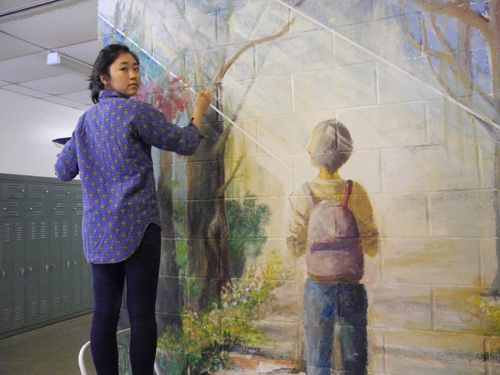 LMH art courses cultivate reflection and aesthetic sensitivity to cultural expressions worldwide. An awareness and appreciation for all of God’s earth and people leads to constructive creativity.

At the high school, twelve art courses are offered, including sculpture, drawing, painting, ceramics, design, photography and digital photography. Explore all of the options for art classes at our full curriculum guide below.

LMH provides students with on-stage drama/theatre opportunities that cultivate and showcase creativity and self-expression while challenging them to a deeper understanding of people and issues. 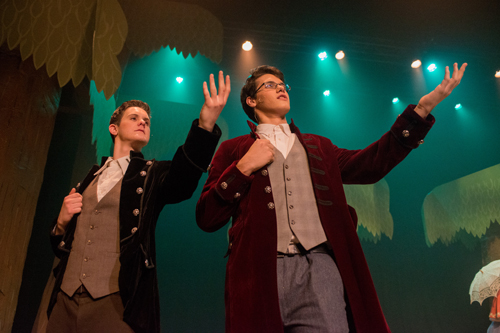 The LMH drama program is committed to authentic story telling. . . At times, truthful storytelling requires the portrayal of attitudes and actions that are contrary to our understanding of God’s desire for us. Our belief is that the story challenges us to think critically and wrestle with life and human brokenness. Engaging in this challenge strengthens our ability to serve the world as God’s instruments of healing and hope.

Students have the opportunity to participate in several vocal groups and take voice instruction. The school’s auditioned select choir, the Campus Chorale, has an established reputation for excellence, and many Chorale members win local, regional and state awards.

LMH offers performance opportunities with String Orchestra, Concert Band and Jazz Ensemble. Piano and guitar classes are available as part of the music curriculum. Especially gifted students can participate in the Advanced Music Studio at the Lancaster Campus.