Announcing 2021 Alumni of The Year: Harold and Ruth Mast 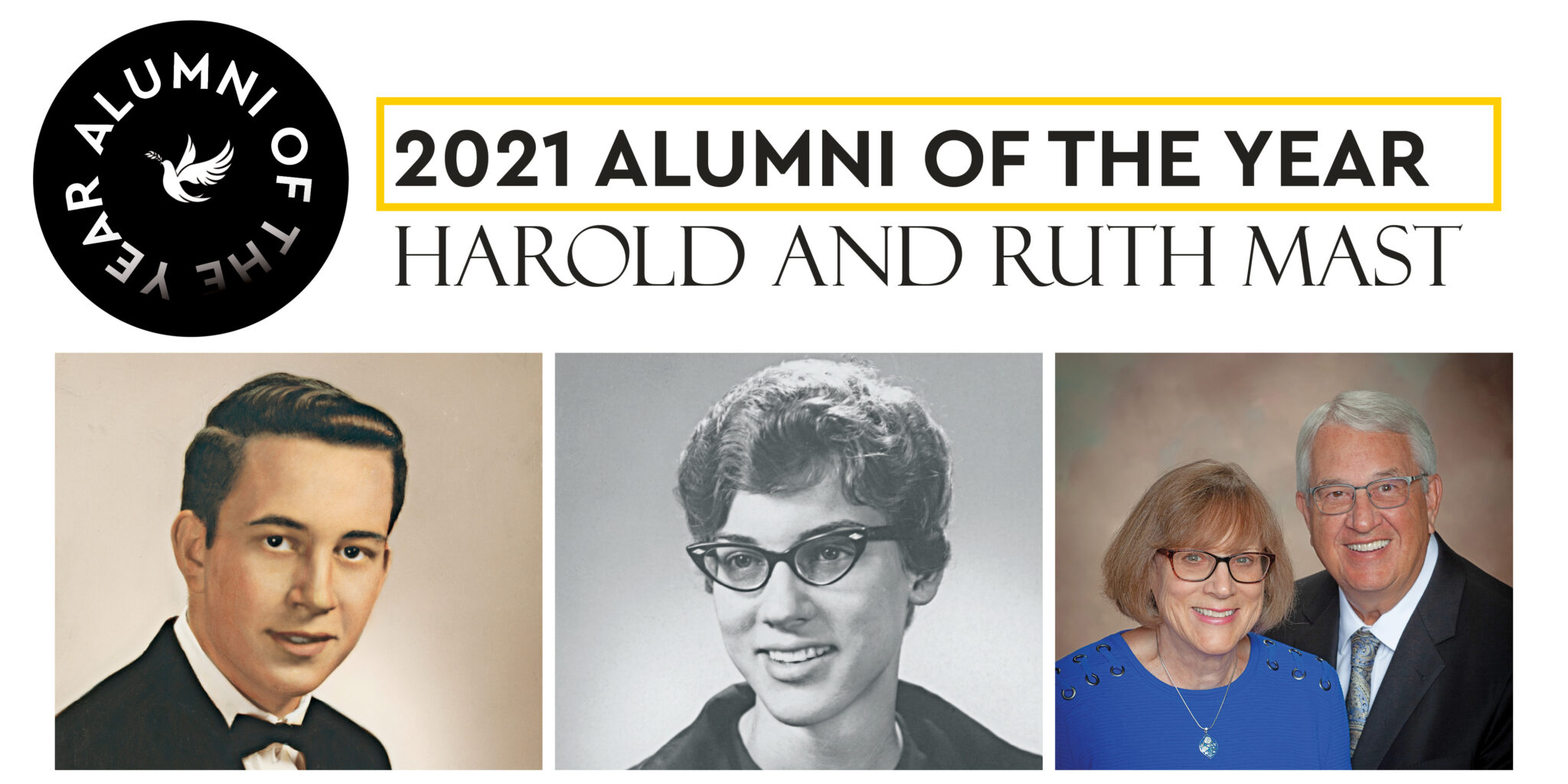 This year’s Alumni of the Year, HAROLD (‘65) and RUTH (‘66) MAST, met while students attending and dorming at LMH. Harold reflects on his favorite memories from his time at LM being, “Playing baseball, and when I met Ruth at the candy machine in the basement of the girls’ dormitory.”

Ruth said, “I didn’t grow up in an area with other Mennonites, so it was nice coming to LMH, where I established friendships that I still have many years later.”

After high school, Harold helped his uncle with electrical work and as a job foreman, and completed his Electrical Technician degree. Then he did 1-W Selective Service in New York City at the NY University Medical Center in inhalation therapy service and as an anesthesia technician, before he and Ruth married in 1967. She joined him working at the hospital, in the skin and cancer unit arranging conferences for doctors to meet with patients. They lived in a small third floor studio apartment in Manhattan’s East Village.

Ruth had taken bookkeeping, typing and short-hand classes in high school, and fondly remembers “Clyde Stoner, who taught my bookkeeping class, was one of my favorite teachers. I think he sparked my early interest in accounting.” After high school she utilized these skills working in the Order Writing and Billing Department at the Wyomissing Corporation, around the time computers were coming into use. Upon returning to Lancaster County from NYC she joined Sperry Rand Corporation/New Holland Group as the International Services Order Processor in the International Division.

In the meantime, Harold was working as a Road Supervisor, estimator, and then in charge of an electrical department of over 25 employees for the Witmer Company. One of his projects included doing electrical work on the LMH old boys’ dorm (before it was torn down in 1971-72).

Along with being LM alumni, they are also parents of LM alumni, AUSTIN (‘90) and ALEX (‘93). When their second son, Alex, was born, Harold decided to set up his own electrical business; they were a design-build contractor. Right away Ruth joined in doing all the accounting, setting up service calls and running the company, officially as Treasurer and Secretary. Harold, as President, managed all the jobs, sales, worked with general contractors, attended job meetings, organized staff, managed parts, and did hand drawings. Professionally, for four decades (1974-2014) they together owned and ran Mast Electric, Inc.

In retirement, they have enjoyed traveling, time with family, and continuing their longtime commitment to serving area nonprofits. Along with financially supporting LM for many years, both Harold and Ruth have contributed through their time and talents to strengthen the school community with Ruth serving as a longtime volunteer in the LM office and Harold serving on the LM Board of Directors for 21 years.

In 2018 they established the Harold and Ruth Mast Endowment for Technology, “To enable LM to provide an excellent education that is current in the use of technology, enabling students to be fully equipped for the next stage of school or work. This endowment will fund technology equipment investment, staff training, and student instruction on the proper use of technology.”

“We believe that giving children basic faith-related values to start their lives and use throughout their lives is the important foundation provided at LM,” says Ruth.

We’ll be doing a celebration honoring them during The Walking Roots Band concert on Oct. 2 of Homecoming & Fall Festival weekend.

Lancaster Alumni Alumni of the Year